Clyde Bisbee and The Wheelhouse Revelers are a 6-piece swing jazz & western swing dance band specializing in music from the golden era of jazz, the 1920’s, 1930’s and 1940’s. Currently based in the Northeastern United States serving Cities such as Portland, ME; Portsmouth, NH; Boston, MA; New York City, NY as well as CT, VT and RI.

…Clyde Bisbee started out in ’46 with a TV and vacuum tube amplifier repair shop up north. He grew up listenin’ to every disc he could get his hands on once he figured out how he could get ’em to play on his folks’ old Victrola. Then a family friend gave him an old guitar and that was that. Trouble is, his old man wanted him to get a ‘respectable’ job. So, he hung out a shingle in front of Al Felder’s old tailor shop and played to his second love; tinkering around in this new-fangled world of electronic machinery. (bunch o’ malarky, if ya ask me) The music was always right there, tho’. He used to sing and play his guitar in the back room when business was slow. Word is one day this hotshot jazz player from the big city happened in. He was lookin’ for an AM radio so’s he could distract himself from the monotony country life ladles over a city fella’ (I guess he was up country for a funeral)….but what he found was a filet mignon hidin’ out in the root cellar. That’s right, he walks into Clyde’s place and hears Clyde singing away in the back room, thinking he was all by his lonesome. ‘Hey, buddy, what are you doing up here in no-man’s-land?? You oughta be playin’ to the masses my friend, the youngsters can’t get enough of this stuff in the city. No joke, you should be frontin’ your own band!’
Well, that was all Clyde needed to hear. He left that shop faster n’ you can say ‘Tiny Grimes’….he turned that repair joint over to his cousin Larry but that nitwit ran the place into the ground…like we didn’t see that one coming! Anyhoo, Cyde made a beeline for those bright lights. Didn’t take him long to put a jumpin’ band together and the rest is history, as they say.” – Lennie Tristano, New York, N.Y.

Sonja "The Medicine Woman" Florman Born on the back porch of a hillbilly jazz club, swaddled in a gin-soaked swing skirt, now known for exuding juniper when she plays the keys, Sonja is happy to kick in a Kentucky bluegrass wail whenever a bass thumps, tend to the infirm given a stethoscope or whip the triple-step in the slot. Now raisin’ a flock of Mainers and looking forward to reveling in your wheelhouse. 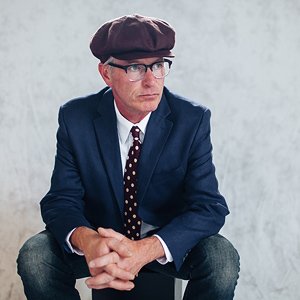 KF3 – Vibing on a Thursday!