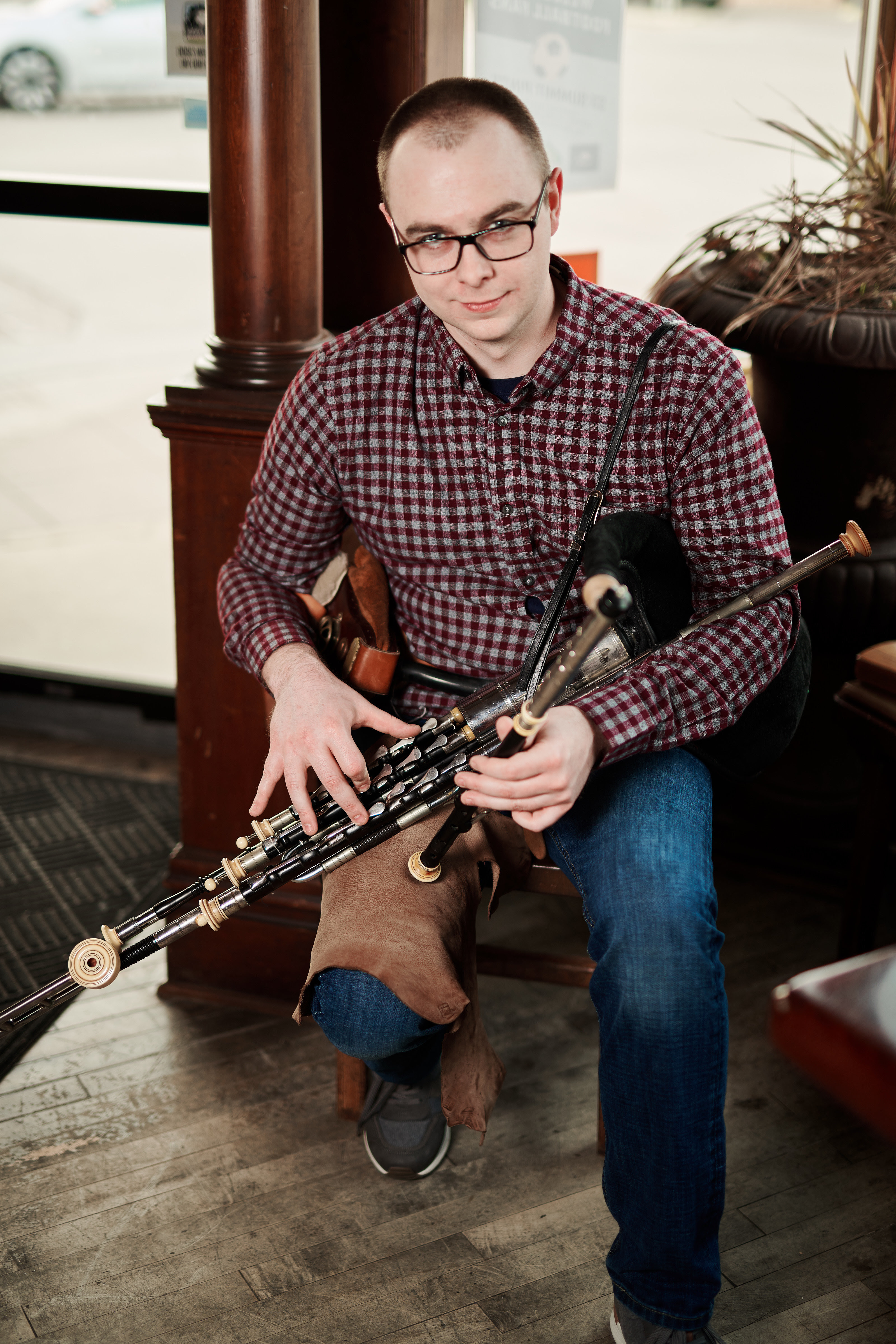 Uilleann Pipes | Flute | Whistle - Member of the Irish trad group BUA!
Uilleann piper and flute player, Seán Gavin, is one of the most highly regarded Irish musicians of his generation. In 2016 he became the first and only musician born outside Ireland to win the prestigious Seán Ó Riada gold medal, and his most recent recording, a collaboration with fiddler Jesse Smith, accompanist John Blake, and bodhran player Johnny “Ringo” McDonagh, was hailed by The IrishEcho as “traditional music at its best!” Seán also tours regularly with the groups Bua and Téada, both of which have gleaned top praise from Irish music critics around the globe. Originally from Detroit, he was encouraged in music by his father Mick, a fiddler from Co. Clare, Ireland, and his brother Michael, a multi-instrumentalist. At age 12, he started work on the uilleann pipes with the late Al Purcell, a former pupil of piper Leo Rowsome. Seán moved to Chicago at age 20 where he spent a decade playing and studying with the windy city’s finest musicians, particularly Sligo flute-legend Kevin Henry. Seán currently lives in the twin cities of Minnesota, where he is active in the non-profit Center for Irish Music.
Web: http://buamusic.com/
Video: https://youtu.be/mrCKE4O1xTE
Video: https://youtu.be/frCr-H-qwtg 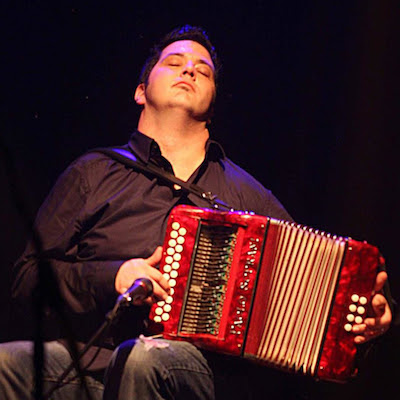 Colm was born in Dorchester, Boston, to Connemara parents - his father John from Droim & his mother Gerry from Túirín. He learnt to play his music from his father & his brother Sean. Colm won the All-Ireland in 1994 on the Button Accordion and then moved to Ennis, with fiddler Jesse Smith, where he got to play with all the great musicians there. After a couple of years, Colm was asked to join “Riverdance the show” with whom he toured for 4 years. He has toured the states with the world-renowned “Dervish” and, as part of the group “Ragús”, performed with Dolly Parton in “Dollywood”. Now living in Droim, he plays throughout Irelandand the US promoting his new album “The Rights of Man”, featuring Alec Finn, Johnny McDonagh, John Blake and Kelly Gannon. He has recorded extensively and has released the albums “Return to Droim”, “Trasna Na dTonnta” – a duet album with his father John Gannon, and “The Ewe with the Crooked Horn” along with Jesse Smith and John Blake.
Video: https://youtu.be/XS2Qf74oxfMOrder now!
1) Send an email to tom@boghat.com to reserve your spots and confirm there is space. (seating is first come. first served but you are guaranteed a seat if you order in advance - NO more standing spots)
2) Tom will reply with payment information: Please pay in advance by check, iPhone CASH app ($TomRota) or Paypal - thomasrota@hotmail.com- (if Paypal, please send as "friends' and family"). If it's too late for a check, you can bring cash to the show - exact change please!
Or you can take your chances at the door but first arrivals get the seats. No refunds unless show is cancelled.
Doors will open at 7PM for seating and dinner. There is a 2 item purchase minimum for these shows at Blue. We encourage you to support the pub by coming early and eating there.
Session after the concert! - usually around 10pm. All are welcome.

COMING UP!
Wednesday July 3 - Sean Gavin & Colm Gannon - Just added! Ticketed show!
Wednesday July 10 - Matt Christian and Max Carmichael
Wednesday July 17- Grey Larsen
Wednesday July 24- Vacationland Ceili Band
Wednesday July 31 - Ship in the Clouds (Laura Feddersen, Nathan Gourley, Anna Colliton, Natasha Sheehy)
Booking now for Fall/Winter! Hey musicians! I've got  dates starting in September 2019 filling up right now. We are taking all kinds of music - anything directly or indirectly related to some kind of traditional music and we'd love to hear you on a Wednesday sometime. Get in touch with me at tom@boghat.com if you are interested. Beginning performers welcome as well as seasoned pros.