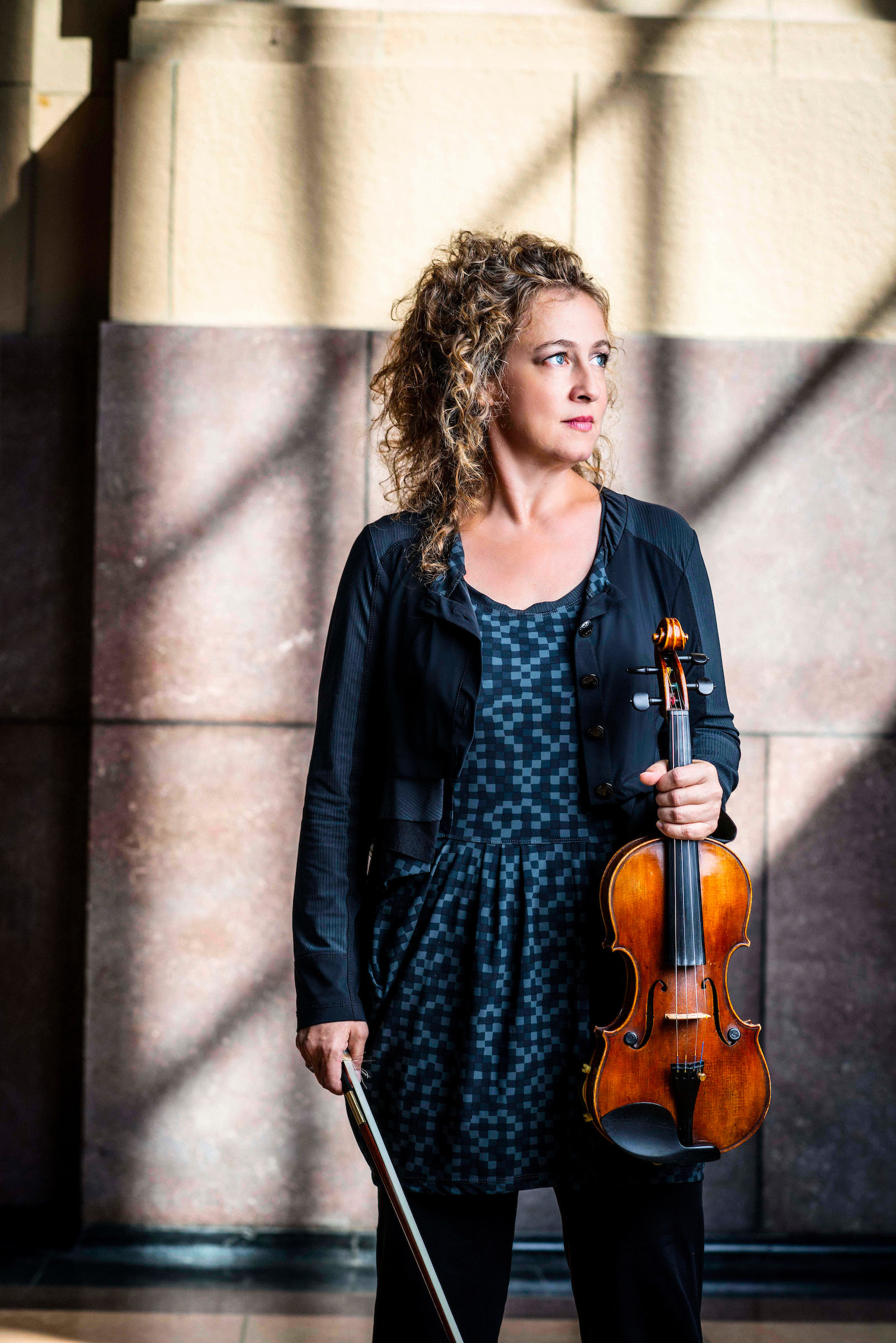 Coming to Blue November 13th, Irish fiddle player Liz Knowles in a rare solo appearance! When teaching, Liz likes to describe ornamentation as simply the ways in which we approach a note, sit in a note, and go away from a note. For this concert at Blue, she has put together an evening of music that best encompasses how she came to Irish music, how she has lived in and with Irish music and how she sees the path forward with Irish music. The Blue audience might be familiar with Liz’s playing in the trio Open the Door for Three but these days she is also a member of the newly formed Martin Hayes Quartet and the String Sisters. Liz, originally from Kentucky, first distinguished herself as a violinist in New York City, performing in such prestigious venues as Carnegie Hall, the Kennedy Center and Broadway, with such artists such as Marcus Roberts, the Bang-on-a-Can Orchestra, Bobby McFerrin, Paula Cole, Steve Reich, Eliot Goldenthal, Rachel Barton, Don Henley, and Tim O’Brien. After dedicating herself to the learning of Irish music, she then performed with Cherish the Ladies, Riverdance and as soloist on the soundtrack for the film Michael Collins, played on Broadway with The Pirate Queen and traveled Europe, Asia and South America for over four years as music director, producer, and performer with Celtic Legends. The Kennedy Center featured Liz as their resident fiddler for their Ireland 100 festival in 2016 in honor of the 1916 Centennial. During her time at the festival, she performed as soloist with the National Symphony Orchestra for the opening night, collaborated and performed a show with actress Fiona Shaw and performed with OTD43 on the Millennium Stage. Her compositions and arrangements have been recorded and performed by Liz Carroll, John Whelan, Flook, Chicago’s Metropolis Symphony Orchestra, Beolach, Bachue, J.P. Cormier, Michael Black, John Doyle, and Ensemble Galilei. She will bring a little of all of her musical experiences, influences, and compositions— and maybe stories!—with her in November for an evening of solo fiddle/hardanger and a possible surprise guest or two!

Video:
Liz (and Pat Broaders, from Open the Door for Three, at the Kennedy Center)
https://www.youtube.com/watch?v=myzZUgP-8nM

Order now!
1) Send an email to [email protected] to reserve your spots and confirm there is space. (seating is first come. first served but you are guaranteed a seat if you order in advance - NO more standing spots)
2) Tom will reply with payment information: Please pay in advance by check, iPhone CASH app ($TomRota) or Paypal - [email protected] (if Paypal, please send as "friends' and family"). If it's too late for a check, you can bring cash to the show - exact change please!
Or you can take your chances at the door but first arrivals get the seats. No refunds unless show is cancelled.
Doors will open at 6pm for seating and dinner. There is a 2 item purchase minimum for these shows at Blue. We encourage you to support the pub by coming early and eating there.
Session after the concert! - usually around 10pm. All are welcome.

Out of the Blue Livestream Series with Frank Fotusky

Out of the Blue Live Stream Series with Jimmy Dority

Out of the Blue Livestream Series with FOBRO